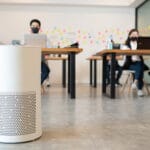 The Louisville KY Global plasma solutions technology can be seamlessly incorporated into air cooling and heating systems. Human beings and animals have the ability to sneeze, cough, and touch objects where invisible air pollutants could be contaminated. Microbes or pathogens are always on their feet(well, not literally), they are always ready to attack the next victim, and the process of human beings constantly and subconsciously touching, coughing, and sneezing makes it even more accessible for these deadly pathogens to attack them.

This technology functions differently because every process is distinct, peculiar, and designed to suit every client’s and customer’s needs. It all begins with ionization; the technology at Alliance Comfort Systems gets rid of microbes and pathogens, including viruses, bacteria, and volatile organic compounds; therefore, the Louisville KY Global plasma solutions solution ultimately kills them and reduces contaminants. Actually, Louisville KY Global plasma solutions needlepoint bi-polar ionization technology is the classic and first of its kind among the indoor air quality industry.

Besides, this technology can be implemented for industrial, commercial, and residential purposes and commercial establishments are the most popular and largest energy consumers. As a matter of fact, twelve allowed patents are powering this technology, while other patents are still pending. The Louisville KY Global plasma solutions technology focuses on particulates, odor, pathogens, and indoor air quality.

Furthermore, the Louisville KY Global plasma solutions technology comes with tremendous benefits, particularly the commercial premises; with its significant energy consumption, the operation costs and energy expenses are constantly escalating. Although, with this technology, these establishments can lower the quantity of air they need from outside, resulting in decreased energy costs.

If a solution helps cut costs while simultaneously energy by at least thirty percent is quickly approved and embraced. Besides, it is vital to consider whether the solution results in any sort of brutality to the environment; among the topmost priority is preserving the environment at all costs, and most consumption of energy is bound to participate in the greenhouse gas emissions. Lowering the consumption and production of energy by Louisville KY Global plasma solutions contributes to environmental conservation.

Additionally, during the Louisville KY Global plasma solutions ionization process, pollen, pet dander, dust are attracted to each other, thus increasing their mass and size. These airborne contaminants become vaster; therefore, they are easier to trap. On the other hand, for the VOCs (volatile organic compounds), odor, whether cooking or not, chemical smells, pets odors, the technology breaks them down into harmless compounds that are completely free of smell.

The plasma generator establishes ions that combat and kill pathogens, including mold, viruses, bacteria, and many others. So, how exactly do these ions kill the pathogens? They deprive them of hydrogen because this is a highly significant component of their survival.

When the ions released by this plasma air purification technology are permitted into the air stream, they break down gases and other pollutants into harmless compounds such as water vapor, oxygen, nitrogen, and carbon dioxide. In fact, in Louisville KY Global plasma solutions technology has successfully been installed more than a hundred and fifty thousand times and counting.

On the other hand, unlike other air purification technology that depends on ultraviolet rays and can only go for shorter distances, the ions released by Louisville KY Global plasma solutions technology go for longer distances within the air stream. They can purify the atmosphere even when they are not within proximity to the plasma generator. Besides, the technology develops similar ions to nature, thus making them a naturally occurring creations such as waterfalls, ocean waves, lightning, and many others.