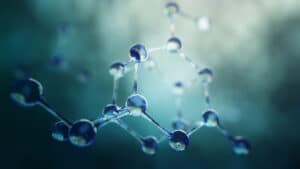 Needlepoint Bipolar Ionization: A lot of research has been done and is still in the process to combat the rampant pollution. And one of the worse pollution is air pollution, as it is currently impacting much more than any other type. It is also a cause of many diseases or the spread of different viral infections, as the Covid-189 pandemic has reminded us. This is why, special attention is being given to air purifiers, needlepoint bipolar ionization being the most promising one.

Here are the 6 important facts you should know about needlepoint ionization. 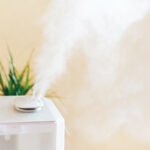 Needlepoint bipolar ionization is the most promising air purifier out of the recent ones, and it deserves attention. It is able to remove all the harmful particles from the air through ionization, which makes it much more efficient than the currently expensive purifiers. 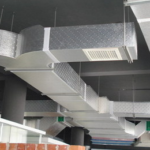 As mentioned above, this technology cleverly uses the concept of ionization to the max. if you still remember the school level sign, you would remember that ions are particles that are formed when neutral atoms lose or gain electrons from their outermost orbits, attaining a charge. Particles with opposite charges always attract each other in order to become neutral.

Taking advantage of that fact, the needlepoint ionization introduces into the air through vents. Consequently, the ions attract all the dust, bacteria, allergens, pathogens, and unwanted particles from the air, creating a small cluster. This, as a result, creates a snowball effect, as the clusters become bigger and bigger to the point where they can be easily captured by even low-level filters.

One of the best things about this technology? It is effective against Covid-19 and SARs particles, as the research has confirmed. The initial studies and research conducted clearly show that needlepoint bipolar ionization has proven to be 99.4% effective in removing the airborne virus from the breathable air. It has also proven to be helpful in the disinfection of services in treated areas. In short, this is a safe technology that can also be used in medical centers.

Out of all the air purifiers, needlepoint bipolar ionization is the one with the highest efficiency levels. this is because it does not captures all the particles on its own, rather, it creates bigger clusters of those unwanted particles which are then captured and removed by the air filter. This makes them the most efficient air purifiers, as they significantly improve the air quality without much trouble. It is also able to break down the organic particles producing odor into harmless constituents, so there is no worry about smell either. 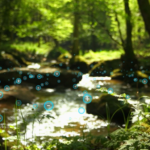 One of the best things about needlepoint bipolar ionization is that it is a low costing air purifier in every way. First of all, it is much more efficient than the current air purifiers available on the market. The price increases with the efficiency level, which depends upon the smallest size the purifier could capture. But as needlepoint bipolar ionization uses different methods to purify the air, it is not as expensive as the others.

The other way it costs you less is the fact that it refreshes the present air circulating inside the property. this means that the HVAC system does not need to treat the air, again and again, to cool it down or warm it up, neither does it need to extract air from the outside and treat it. This reduces the energy consumption levels, which reduces your utility bills.

Even though this technology has proven to be promising, there are still some problems, namely the production of ozone air. Although that side effect is being reduced and outright eliminated from the current products, there is still a need for further research to integrate this technology on a massive scale.