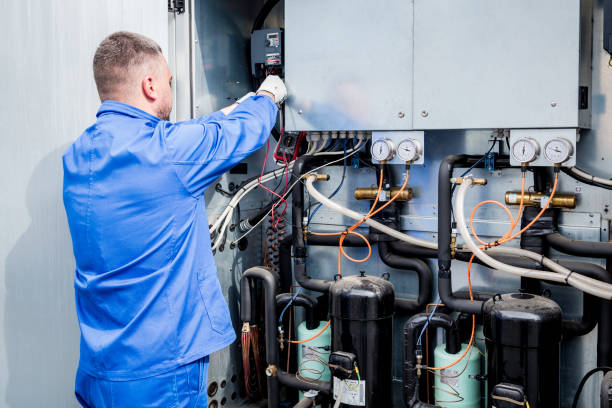 6 Reasons Why You May Need Industrial & Commercial Chiller Repair 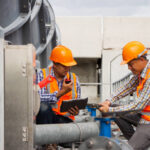 Industrial & Commercial Chiller Repair: It isn’t necessary to have a chiller in every commercial or industrial setting. However, chillers have become a necessity in some places, mainly in the manufacturing sector. In spite of that, the machine is highly precise, so even a little joint out of place may cause the machine to stop working. There is nothing to worry about, you simply need to call a repairman. But how can you tell if you need Industrial & Commercial Chiller Repair or not? It takes time to identify the exact cause, a process that can only be handled by a professional.

Nevertheless, here are the 6 reasons why you would need to call for Industrial & Commercial Chiller Repair. 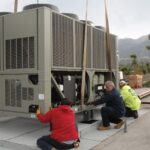 You may find out that your business incorporates improper chiller operation practices from time to time. You should know that if you force a device to do something it was not designed for, it will eventually breakdown, and chillers are no different.

There have been instances where workers attempted to increase the chilled water flow rate just to increase efficiency and output. But there is already a flow rate that has been established by the manufacturer, and it should not be exceeded. It will cause your chiller to corrode.

There is a high probability of corrosion occurring in your chiller. The copper tubes of a chiller are highly susceptible to rusting because they are, well, made of copper. If you have two dissimilar metals in tubes, you are at high risk for heavy galvanic corrosion. When this occurs, the machine’s efficiency can be severely diminished. Furthermore, the tubes are probably in contact with liquids quite a bit. It might not be a problem under normal circumstances, but poor water flow and sediment buildup can lead to corrosion or perforation of tubes. 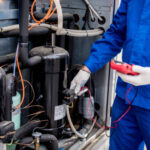 Chillers are heavy-duty industrial machines that are composed of many parts, as we discussed earlier. Even with the machine’s remaining life expectancy of some years, all of these parts are likely to wear out with time. In order to maintain the efficiency levels of chillers, experts recommend inspecting them every 8 years. The chiller can still be used if it passes the test, but if not, you will have to look into heavy Industrial & Commercial chiller repair or buy a new one.

Industrial & Commercial Chiller Repair: It is the electrical components that are of the greatest concern out of all the components. During prolonged use, these components will also become worn down, just like every other part of a machine. Having said that, working with worn-out electrical parts is a lot more dangerous, as they will not only result in malfunctions but also have the potential to cause injury to nearby employees. There is only one conclusion to be drawn from all of this; electrical chiller parts need to be repaired immediately as soon as possible.

Whenever two parts that are constantly in contact with one another are constant, you will discover that no matter how smooth they are, there is still some friction between them. In most cases, this does not pose a problem, but as the time goes by, the friction between the parts can create the gaps between them. There is a possibility that these gaps will widen over time, and that at some point, the chiller will no longer be operable. As with any machine, the chiller is built to be precise just like every other machine. The whole device will stop working if one thing is out of place.

Friction is not the only issue. You have to deal with heat transfer as well. A similar phenomenon occurs with heat as it does with friction, especially in cases where heat is transferred. Given that extreme temperatures can also produce a lot of friction, this is not very surprising.

Contact us to know more about Industrial & Commercial Chiller Repair

What does Louisville Chiller Repair involve?